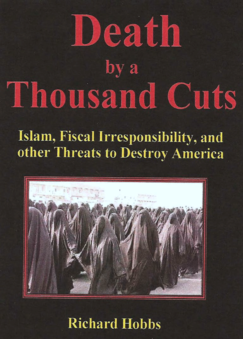 Islam - is it a religion or an ideology with a façade of religion - or is it a cult? Islamism, jihad, Muslims, the Qur’an, Salafis, Sharia, abrogation, apostasy, dhimmitude, taqiyya. Muhammad - his life an epic tale - to Muslims, the world’s perfect man - probably the most brilliant illiterate in history - some 1.5 billion people idolize him. The Muslim Brotherhood and the myriad of Muslim organizations operating around the world including here in the US. Islam swept out of the desert and conquered from the Atlantic to Indonesia with almost irreversible success and ended local religions. The Middle East is in turmoil

Our elected officials, local, state, and federal, have bankrupted our country with debt that can never be paid? Why is China buying up gold in addition to oil, farmland, and minerals all around the world? If China, now the world’s second largest economy, consumes the way Americans did, it would absorb so much oil, food, minerals, and water in a few years that there would be little left for the other 5 billion of us!

The populations of the industrialized countries are declining (except the USA, only because of expanding Hispanic population, many of whom are illegal immigrants) while those of the Third World are still rapidly growing with increasing pressure on food and water. A new world order is still evolving and it will not likely be to our liking.

Read about these and other threats facing America in this hard hitting book from ColDoc Publishing by Richard Hobbs that provides a background for all concerned citizens to better understand the world situation.Type your paragraph here.

Death by a Thousand Cuts

Islam, Fiscal Irresponsibility, and other Threats to Destroy America