​​The West has grown old, lethargic, materialistic, and with little or no leadership.  It is faced with a rejuvenated and resurgent Muhammadism, the brainwashed Cult of Muhammad.  The goal of this totalitarian ideology operating behind a façade of religion has not changed in 1,400 years.  They still believe it is their divine mission to establish, by force if necessary, a worldwide caliphate of this 7th Century Fear and Obey thinking and impose the Law of Muhammad (sharia) on all people.  It is late but Western civilization must recognize that it is in the great war of the 21st Century for survival.  The barbarians are at the gates – some are already inside!

This war is asymmetrical, not between two armies, but between two opposing ideologies to determine the way of life.  It is psychological warfare heavily influenced by the exponential growth of social media and worldwide communications and the growing threat of cyber warfare.

The question arises, What should be done?  The immediate threat is in Europe.  This book addresses some of the actions needed to save that culture.  They may have to be drastic.  It then addresses the problem in America.

The Great War of the 21st Century 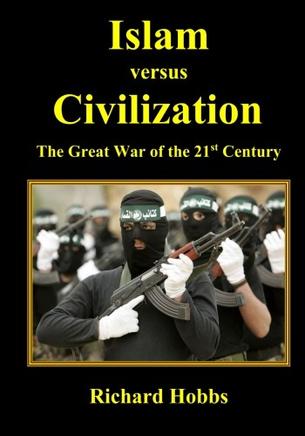