Radical Islam at War with the World

Do we want Dhimmitude - third class citizens/slaves under Islam - or do we want to be free?
It is Our Choice 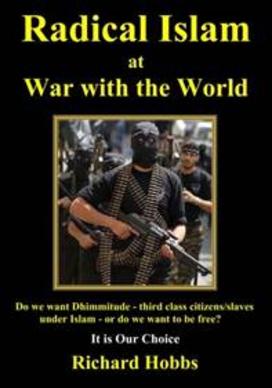 Sun Tzu advised thousands of years ago to know your enemy. If you do not acknowledge who your enemy is, you are well on the way to losing. Unfortunately, that is the current stance of our political and military leaders. They believe we are fighting some mysterious terrorist organizations who have hijacked a supposedly peaceful religion called Islam. They could not be more wrong.

Islam is not a religion as we think of religions. It is a totalitarian ideology with a façade of religion – a cult of Muhammad. There is a myriad of Muslim organizations, including the Muslim Brotherhood, which operate around the world including here in the US. Islam swept out of the desert and conquered from the Atlantic to Indonesia with almost irreversible success and ended local religions.

We must understand that the terrorist groups al Qaeda, HezbAllah, etc. are practicing "true Islam" and their violent activities are what Islam directs them to do and that has not changed in 1,400 years. This ideology is a threat to the world and our naïve thinking is a threat to the national security of the United States, as well as the rest of the Free World.

The world has suffered from history's greatest psychological warfare campaign over the past 1,400 years. Muslims themselves do not realize how thoroughly they have been brainwashed.

Learn more about Islam and its threat to America in this hard hitting book from ColDoc Publishing by Richard Hobbs that provides a background for all concerned citizens to better understand this world threat.