Mistreatment under Islam including in Europe and America

​​​           When women are raped and then considered the guilty party, when women are stoned to death for adultery, when a man can kill his sister in broad daylight because she refused to marry the person chosen for her, when a man can slit the throats of his four children in front of his wife as honor killings, when a man can butcher his wife in front of their children, and when they want to kill a teacher because her students named a teddy bear “Muhammad,” there is something terribly wrong with that society.
When young girls are forced into marriages when they are still children, and when young boys [like pearls – Koran] are mistreated for the pleasure of older men, something is wrong.
When life is so bleak that all pleasure comes only in a very sensuous Paradise aside from the threat of a fiery Hell, it is no wonder that such a culture can breed suicide bombers hoping to greet those 72 virgins in Paradise. 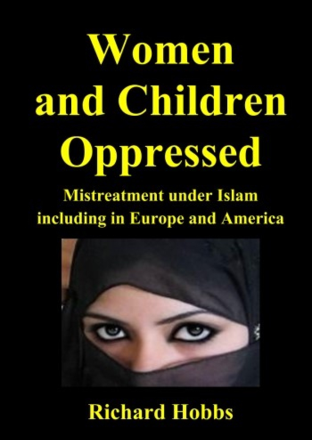